Steve Blanton
Steve Blanton joined the Acuity Brands Training and Education team in 2013. Steve’s in-depth electronics background includes serving in the US Naval Submarine Fleet and Training Centers in the Atlantic and Pacific. After leaving the military his training and development skills have proven influential in a variety of industries including: data networking, telecommunications, electrical and optical cable TV systems, wireless communications and lighting controls. Steve joined Acuity Brands to develop the training program for the nLight® Controls System. Steve holds a degree in Workforce Education with a concentration in training, education and development from Southern Illinois University. 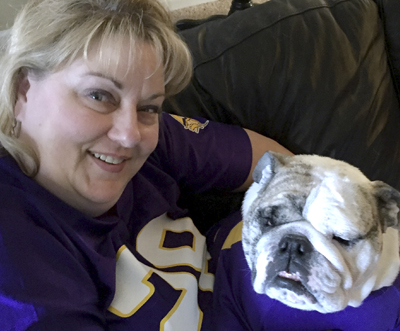 Janet Cecchettini
Janet Cecchettini is a 35+ year veteran of the lighting industry having held positions in many facets of the industry including: distributor quotations, sales rep, and lighting design and manufacturing. Since 2004, Janet has devoted her energy to lighting training and education. In her current role, Janet is both an instructor in Acuity Brands Centers for Light & Space and a content developer for online training. Janet holds the LC credential from the NCQLP and is a long-time member of the Illuminating Engineering Society. Janet lives in the Atlanta area with her family, including three rescue English Bulldogs, ten parrots and a recently adopted yellow-bellied slider rescue turtle. 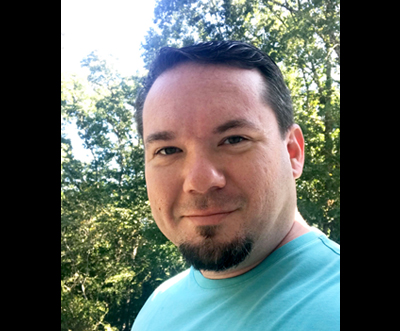 Chris Powell
Chris Powell has spent 20 years in the lighting and electrical field working at all levels of the business. In 2010, Chris joined Acuity Brands to provide field support for the new nLight® product line. Chris’ success with the nLight launch field support resulted into managing all field service for Acuity Brands Southeast Region until joining the Acuity Brands Training and Education team in 2016. Chris’ experience working in the industry as a Master Electrical Contractor, provides a practical approach to training as it helps others understand how things learned in the classroom translate to the real world. Outside the classroom, Chris enjoys frequenting the beach and his hobbies include farming bees and quail. 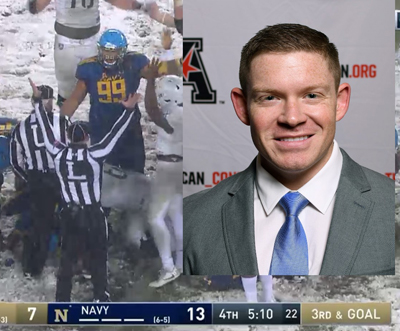 Stephen Ray
Stephen joined Acuity Brands in 2009 after receiving his degree in Electrical Engineering from Texas A&M University. Stephen began his career at Acuity Brands as a Field Service Engineer, traversing the country managing controls system startups. He then managed a regional team of similar engineers. In 2016, Stephen brought his experience and expertise to the Training and Education team to develop and deliver an Instructor Led Training (ILT) course geared around Acuity Controls systems startup, programming, and troubleshooting. Since then, Stephen has been an integral part of additional ILTs, eLearning courses, and product deep-dives. Outside the office, Stephen spends the fall as a Division I college football official, being selected to work multiple post-season assignments, including the Hawaii Bowl, and 2017 Army/Navy Game. Stephen enthusiastically proclaims himself one-part engineer, one-part trainer, one-part nerd, and one-part football. 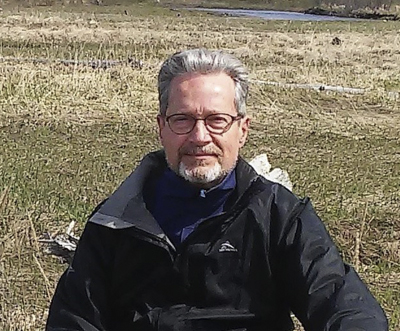 Philip Richards
Thirty-plus years of experience in the electrical/lighting industry, including 19-years at gear and showroom distributors, have given Phil a hands-on approach to lighting design and implementation. In April of 2000 he joined the Applications and Training team at Juno Lighting Group in Des Plaines, Illinois. Along with on-site training and education, Phil’s responsibilities included design, specification and supervision of numerous training center building projects, developing online content for AIA and the Juno education portal. As a board member of the IES Chicago Section, Phil also hosted educational and social events at the Juno training center. Today he is part of the Lighting Education staff Acuity Brands Center for Light & Space in Des Plaines. Phil was Lighting Certified by the NCQLP in 1999 and became an ALA Certified Lighting Consultant in 2000. When not teaching a class, you will find Phil exploring the great outdoors on his mountain bike or hiking in a national park. 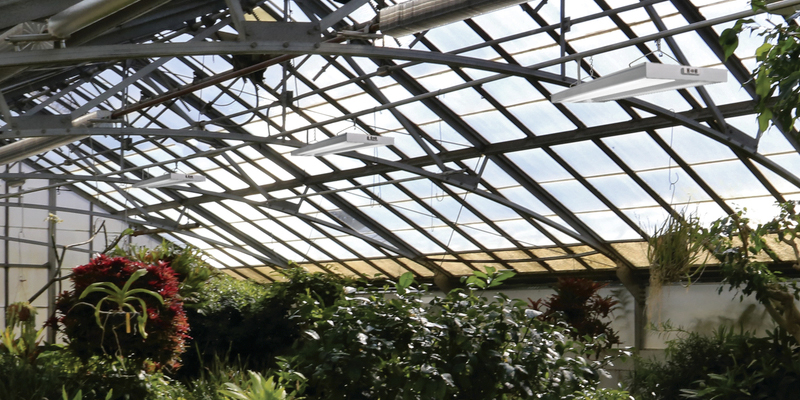 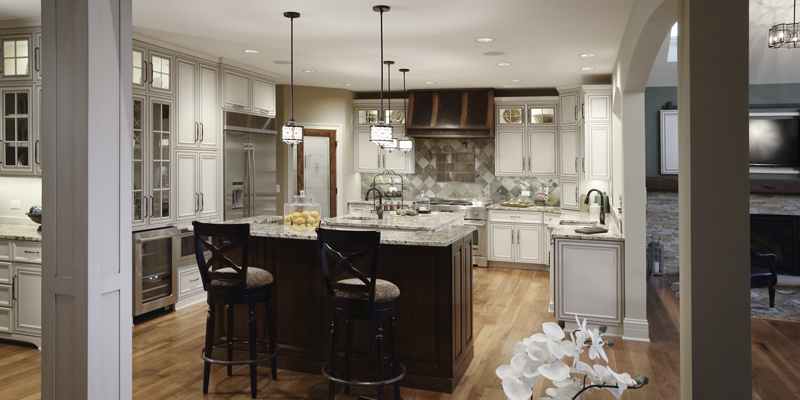 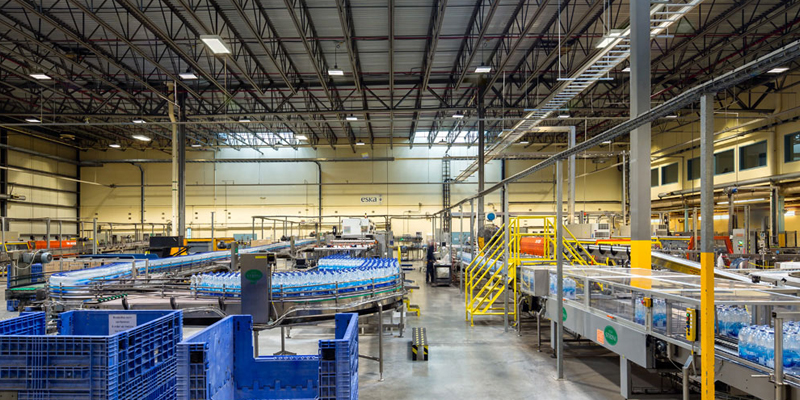 Look Up, Look Around Series 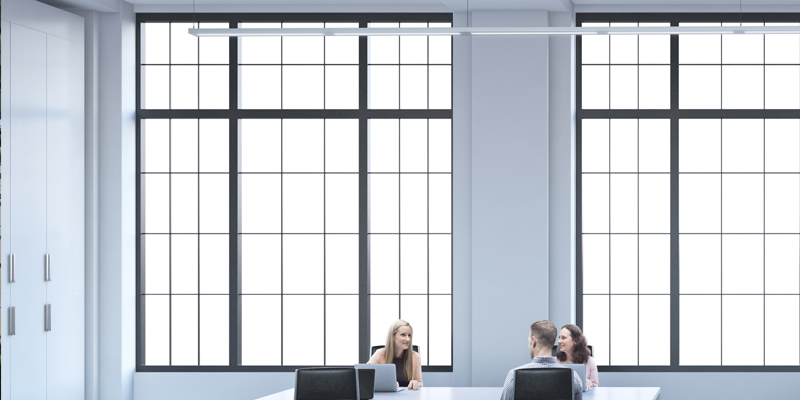 Explore our Centers for Light & Space 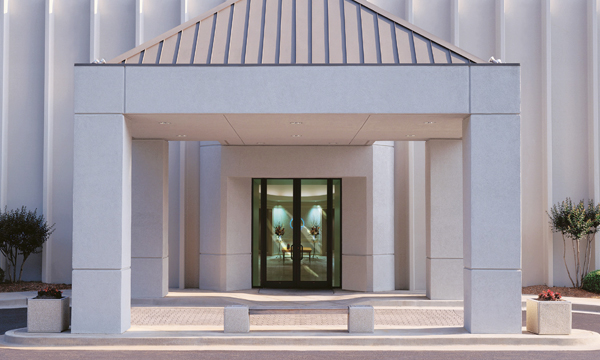 Conyers, Georgia
Twenty-four miles east of Atlanta, the Conyers Center for Light & Space features multiple classrooms and product display areas including industrial, outdoor, commercial, residential as well as various retail settings. Visitors can walk through the center and experience real world applications, visit our convenience store and experience the internet of things, and visit our distributor showroom complete with product displays. The Conyers Center is located at the large Acuity Brands corporate campus. 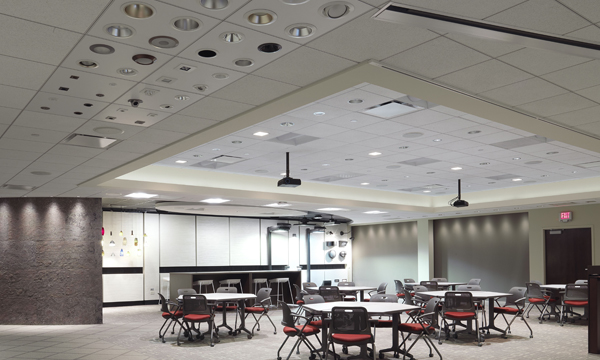 Des Plaines, Illinois
A short trip from O’Hare International Airport, the Des Plaines Center for Light & Space is home to the “Idea Lab.” The Idea Lab is the ideal space for instructor-led learning as it provides commercial, retail and residential showrooms with state-of-the art lighting and controls. Other classrooms in the center include the Lighting Science Lab and additional conference rooms including the training conference center (shown here) housing a complete array of residential and commercial lighting solutions. 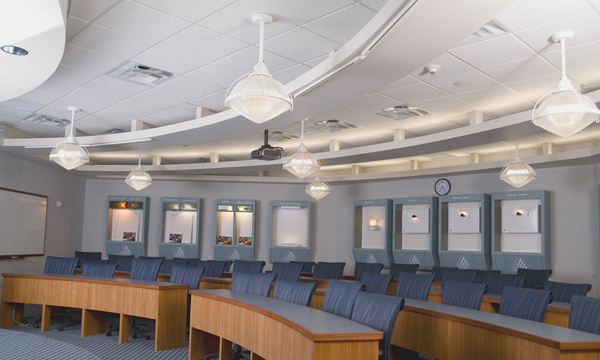 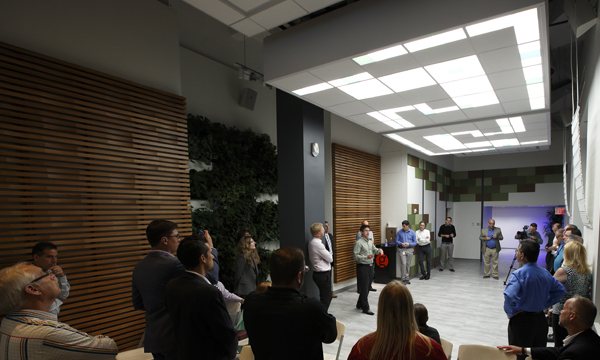 New York City, New York
Located in the heart of New York City, the NYC Center for Light & Space delivers programs and events to the international lighting community. Featuring a wide installation of architectural lighting solutions, this stunning facility is used for many local industry organizations and educational institutions as well as our own popular Martinis and Lights seminars.